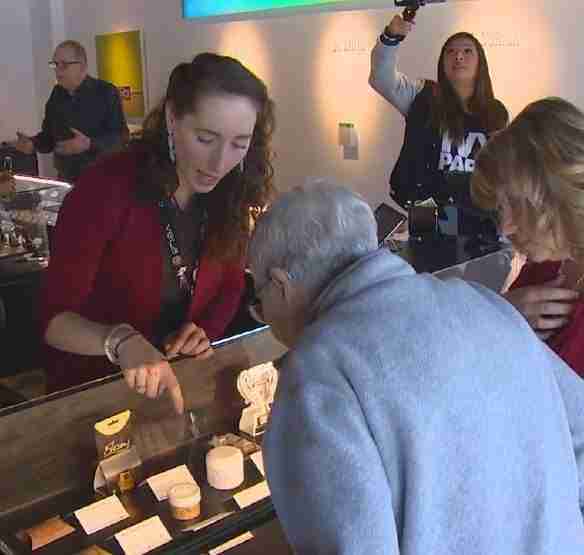 SEATTLE – Taking a field trip for the seniors at Sound Vista Village, an assisted living center in Gig Harbor, is not unusual. But going to a retail marijuana shop, extraction plant and grow operation, is.

Eight seniors, many born right when World War II erupted, got on the bus and made the trip to the unique setup that Vela, Field Day and Suncliff run out of one building in Seattle’s SoDo neighborhood.

“I’m curious, I’ve never done anything like this before,” said 83-year-old Barbara Krause.

With a big smile and curious attitude, Barbara does her best to move about with her walker, asking questions such as, “can you chew marijuana?”

The field trip was a first for Village Concepts, a family-owned chain of assisted living centers around Puget Sound with a policy of tolerance with marijuana products.

“We don’t have any restrictions on it other than the same as smoking,” said Tracy Willis, Development Director for Village Concepts. “We just can’t have open flames or smoking in the building.”

Marijuana is legal for adults over 21 in the state of Washington, but it’s classified as a narcotic and illegal under federal law. Because of this, management for Village Concepts decided that residents with Medicaid would not be allowed to go on the tour.

“Until it gets more defined in the state, I think it’s better to play it safe,” said Willis who came up with the idea for the tour.

She said 10 percent of the residents at the center received Medicaid payments, but none of those residents signed up for the tour.

The Centers for Disease Control has reported a dramatic increase in the use of marijuana among seniors.

It says since 2002, there has been a whopping 455 percent increase in the use of marijuana among seniors between 55 and 65 years old.

Research in a John Hopkins Bloomberg School of Public Health report released in January claims in states with legal marijuana, “the product leads to increases in labor supply among older adults.”

“My son had a marijuana plant once,” said 85-year-old Ilene Cohn. “But, when my husband found it, he threw it across the yard.”

That was roughly 50 years ago; now she was at the counter buying capsules to help her with her arthritis.

“I never thought I would be shopping in a place like this,” said Cohn. “My son would be surprised.” 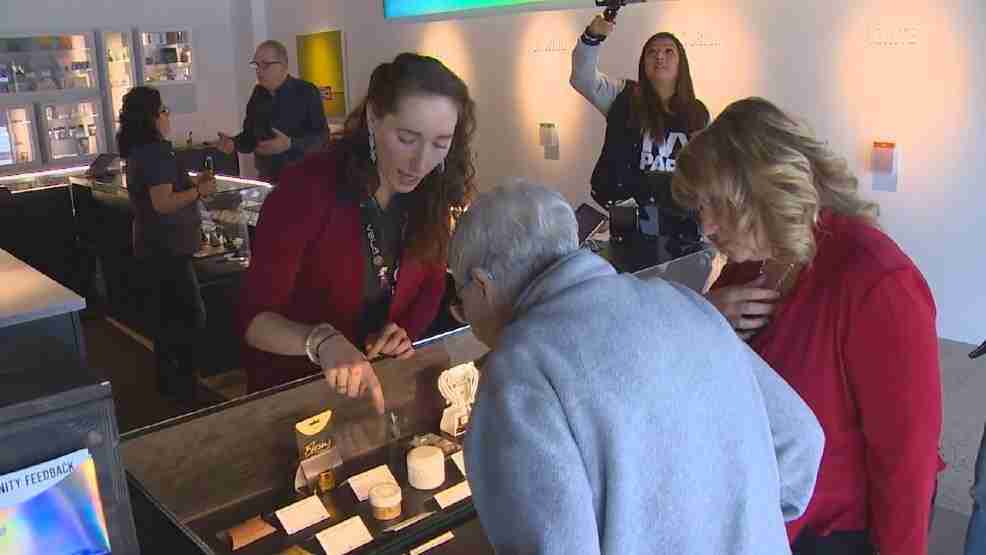