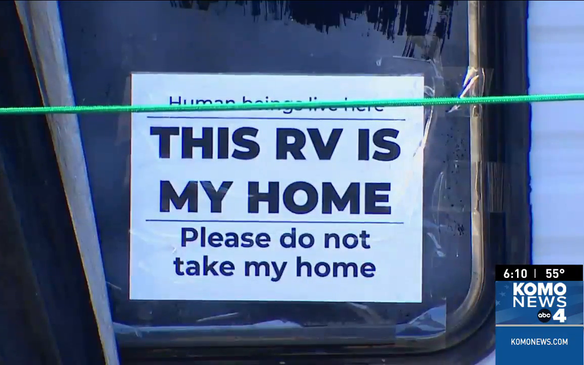 Seattle Safe Lot for RV Owners Returning but Will it Work this Time After Prior Failure?

There is a second attempt in Seattle and King County to create and sustain a safe lot for RV owners who end up living in their vehicles, after a failed attempt several years ago. That initial effort failed partly because of the expense linked to the program and resistance that sprang up from the community.

A visit by KOMO News on Friday to the now fenced-in lot at 2nd Avenue S. and S. Spokane Street is all that remains of the safe lots program the city implemented about five years ago.

“The safe lots work for people that want help,” said Russell Meyer, who works next to a long row of parked RVs on 3rd Avenue S. in SODO. He may have some doubts about the true effectiveness of the new attempt by the King County Regional Homelessness Authority to resurrect the Safe Lots program, but he does see some value in it. “Safe lots have rules (and) they have regulations, and a majority of the people here do not want rules and regulations.