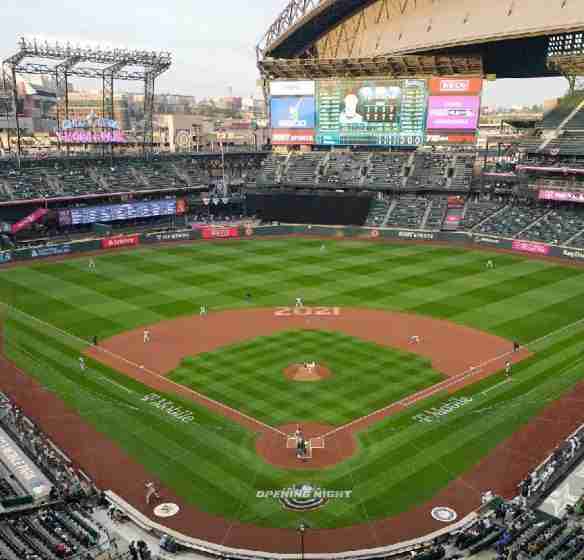 The Midsummer Classic is returning to the Emerald City!

On Thursday, the Mariners, along with Major League Baseball, announced that T-Mobile Park will host the 2023 All-Star Game, the first at the venue since ’01, when Seattle fielded eight players at MLB’s premier event to welcome a national audience with a game that is still vividly remembered as one of the very best of its previous generation.

The announcement — from the skyline level of the iconic Space Needle, with Ken Griffey Jr., Edgar Martinez and many others on hand — was the culmination of a multiyear process by the Mariners, who have annually modified their ballpark in the two decades since they last hosted the event to keep it widely regarded as one of the Majors’ best.

To that end, Mariners chairman and managing general partner John Stanton also shared that the club is committing $50 million for enhancements to the ballpark and neighboring areas in the SoDo district, where the venue is located. Stanton couldn’t elaborate the particulars just yet, but those upgrades are in the works.

The @Mariners are the host of the 2023 All-Star Game! pic.twitter.com/hF5OSemSdc

“We’re working on a number of projects in order to enhance the building and also the neighborhood,” Stanton said. “We’ve recently committed to a geographic project in a building adjacent to us. And we now know that we’ll have the All-Star Game in 2023, and that’s kind of a deadline for us to substantially improve those facilities to create more opportunities for fans to enjoy the game and the events that come before and after the game.”

The Mariners had been in pursuit of hosting the event for the better part of the past three years, but that process became more accelerated in recent months. The club first put in a bid in ‘18 and had upgraded it annually since, but they had been eyeing the ‘24-25 range, and possibly as late as ’27, in conjunction with the 50th anniversary of the Mariners’ first season.

That was until Commissioner Rob Manfred told Stanton that ’23 was on the table in June.

“As things evolved, and whatever else, we said, ‘Hey, we’re still interested,’” said Mariners team historian Randy Adamack, a key contributor to the bid. “It was sort of a hurry up and wait process. When you submit the bid, you don’t get an answer the next day. It takes some time. So we just went through the process. We went back and forth, and they came to us earlier this year and said, ‘Can you make ‘23 work?’ And we went back to put all the pieces to the puzzle back together again, and we were able to make it work. It really came together in the last couple of months.”