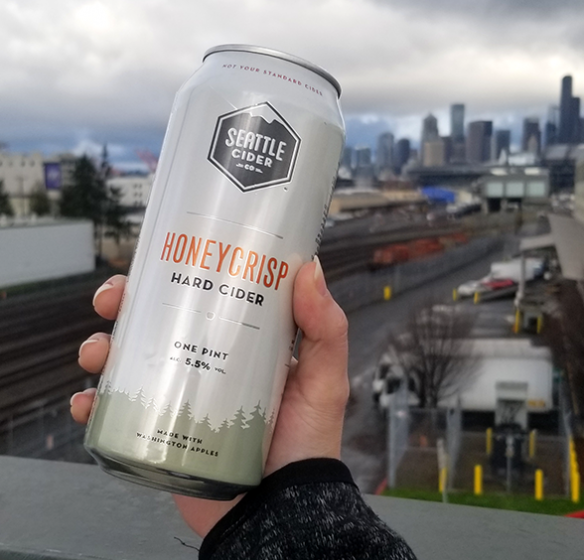 Brewing together under one roof, Seattle Cider Company and Two Beers Brewing Co. make some of the most popular beers and ciders brewed and fermented out of the Emerald City. We had the opportunity to visit their facility recently to peek at the production line, and try out a few of their new brews!

Seattle Cider Co. launched in August 2013 with the goal of bridging the gap between wine and beer. Notably the first cidery to open in Seattle since the Prohibition era, Seattle Cider breaks the mold of overly sweet ciders with offerings intent on showcasing the incredible flavor of Washington grown apples and fresh ingredients.

Two Beers Brewing Co. began in a 600-square-foot apartment in the fall of 2006.  Joel VandenBrink’s first homebrew was barely five gallons and was a recipe from Bob’s Homebrew Supply near the University of Washington.