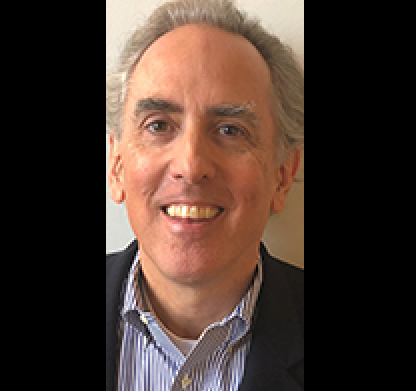 By PETER A. NITZE
Nitze-Stagen & Co.

As Seattle matures, it faces a growing list of social and structural challenges, ranging from a shortage of affordable housing to an overburdened transportation infrastructure to a large and increasing homeless population. To its credit, the city has acknowledged these challenges, and in recent years we have collectively acted to address several of them.

Regarding the housing crisis, the city adopted the Housing Affordability and Livability Agenda “grand bargain,” then enacted Mandatory Housing Affordability. With transportation, we invested approximately $3.2 billion to replace the aging Alaskan Way Viaduct with a tunnel, opening access to the waterfront, and the electorate voted to spend $54 billion to expand public transport through the Sound Transit 3 initiative. With homelessness, the city has sought to implement multiple remedies, including sanctioned encampments on public and private property.

While we have taken steps to meet these challenges, there remains a critical unaddressed need that the city cannot afford to ignore any longer: we must begin the process of upgrading the unreinforced masonry (URM) structures in our region.

In the past 70 years, Seattle has experienced three significant earthquakes, and when (not if) the next one hits, these seismically vulnerable buildings are likely to suffer substantial damage with catastrophic consequences. These include, most seriously, personal injury and loss of life, but also a significant reduction in available housing, disruption to local small businesses, and damage to the city’s rich historical heritage.

To illustrate the potential impact, over a third of the 1,100 URM structures are considered historic, and URM structures house approximately 2,300 affordable housing units. These threats are exacerbated by the fact that URM structures tend to be located disproportionately in communities of color and economically disadvantaged neighborhoods. Make no mistake, our URM problem is a major public safety problem.

The city has known about our URM crisis for decades. In the 1970s, the Seattle City Council approved a number of ordinances requiring upgrades to URM buildings, but they were all repealed due to the financial burden on property owners. Ten years ago, it formed technical and policy advisory committees to explore the issue, and in 2010 the technical committee issued a set of guidelines for seismic upgrades known as “Bolts Plus” — guidelines that have not changed materially since then.

Between early 2012 and late last year, the policy committee met 15 times, ultimately recommending that the City Council approve a mandatory program for implementing the upgrades the technical committee defined. But no legislation has been passed.

As in the â€™70s, the substantial cost and lack of practical financing options have deterred action. Estimates of the cost per square foot to retrofit a typical URM structure range from $40 to $60, totaling up to $1.5 billion for all URM buildings in Seattle. Without some subsidy, the cost to seismically retrofit a URM structure will be prohibitively expensive for most owners.

As we have found ways to finance critical projects before, we must begin a dialogue on how to realistically finance these seismic retrofits before a disaster occurs.

If public funds are not readily available, the city should explore creative mechanisms and funding sources to help ease the burden on URM property owners and residents. After all, what do we gain by investing in Mandatory Housing Affordability and city-sanctioned encampments when a single earthquake could eliminate a substantial portion of our affordable housing supply and add to our homeless population, while damaging or destroying a significant number of our historic buildings and landmarks?

To kick-start the conversation, we propose that to provide real financial incentives for property owners to seismically retrofit their URM structures, the city should allow property owners to sell URM retrofit credits (akin to transferable development rights) to purchasers throughout the city.

Such purchasers would use the URM retrofit credits to obtain increased density or height on their development projects, similar to traditional incentive zoning programs. In exchange, the URM structure owner would be required to use the sales proceeds to complete the seismic retrofit.

The city could apply several mechanisms to ensure that the program is sufficiently simple and pragmatic to maximize the number of seismic retrofits it funds. To promote transactions, URM retrofit credits would be purchased and sold throughout the entire city — not just specific zoning jurisdictions that typically apply to transferable development rights programs.

From a timing perspective, the city could incentivize owners of URM structures to sell their retrofit credits within a defined sales period, say 10 years after enactment of the enabling ordinance. Once the sales period expires, owners would be required to self-finance the retrofit.

And from a supply standpoint, there is a finite number of URM retrofit credits and selling participants in the marketplace. This means that there is a limited and known amount of additional density (or height) that may be purchased for new projects, mitigating concerns over the unintended consequences of overdevelopment.

In addition to offering a practical solution to a public safety problem, the URM retrofit credit program serves many other competing interests:

• It promotes the continued use of affordable housing in URM buildings (because financing would be available, owners are less incentivized to increase rents to finance the retrofit).

• It protects vulnerable populations who are disparately impacted by the location of URM structures.

• It preserves our historic structures.

• It promotes greater density within the city.

• It costs the taxpayer nothing — all retrofits are privately financed to address a public concern.

This is a program that we can all get behind. It has the potential to play a major role in solving our pending crisis. All it would take is a thoughtful revision to the Seattle Municipal Code and the political will to draft and pass the necessary legislation.

More to the point, the program would provide a long-overdue solution to a pending public safety crisis that the city and its at-risk communities can no longer afford to ignore. Let’s discuss.

This article was written in collaboration with Bradley Padden of Anew Apartments and real estate attorneys Joe Stockton and Larry Costich of Schwabe, Williamson & Wyatt.