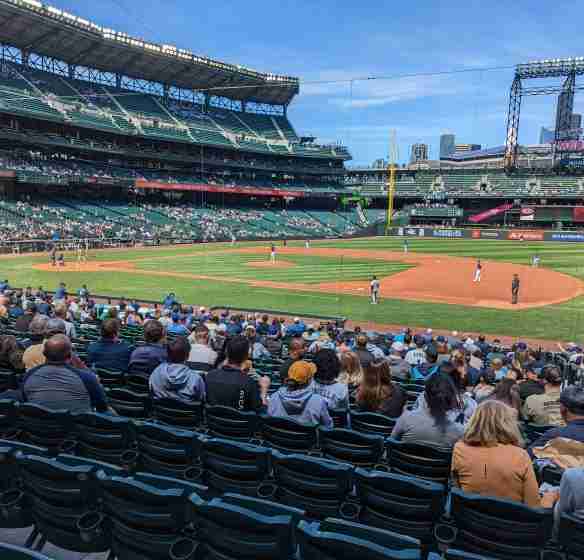 The Seattle Mariners fell short in matching a franchise record Friday night when they lost 5-2 to the Houston Astros.

A win for the Mariners would have made their 15th consecutive win. It had all of Major League Baseball talking.

Seattle went into the All-Star break a victory shy of matching the 2001 club for the franchise’s best run. They hadn’t lost since July 1.

But it’s not just the fans who were excited. Businesses in Seattle’s SODO neighborhood prepared for a wave of excited Mariners fans before Friday’s sold-out game against the Astros.