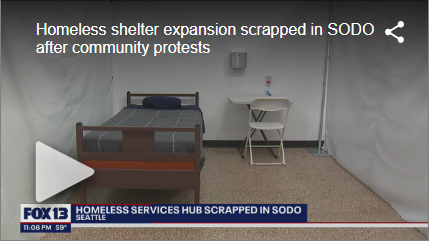 A complex in Seattle’s SODO neighborhood that would house hundreds more people living unsheltered, as well as treating people with drug, alcohol and behavioral health issues, has been scrapped in its final planning stages.

On Oct. 14, King County Executive Dow Constantine announced that the existing shelter in SODO (a 270-person capacity, Salvation Army-operated shelter) would remain as is and not expand, as previously planned….