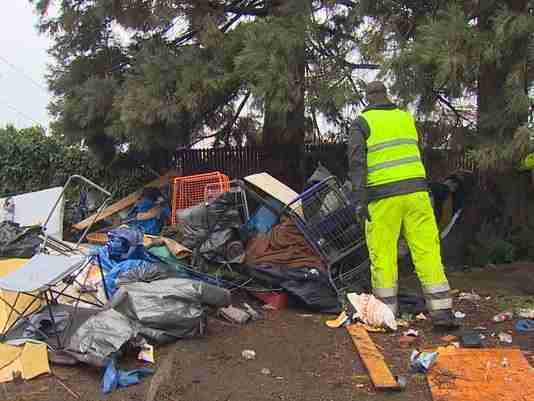 Seattle firefighters are speaking out against a budget proposal that would end clean-ups of unauthorized homeless camps in the city.

In a letter to councilmember Kshama Sawant, Seattle Firefighters Union President Kenny Stuart said, “Needle sticks, exposure to biohazard and contaminants, and assault are serious issues that our firefighters face at unauthorized encampments every day.”

And Stuart says the “proposal to restrict the City from appropriately addressing unauthorized encampments on public land creates a substantial hazard for firefighters and, in our opinion, would lead to greater medical and fire emergencies for our most vulnerable residents.”

Sawant has included a proviso in the 2018 city budget that would put a halt to camp clean-ups until the city can guarantee the “human rights of unauthorized encampment inhabitants.”

So far, there appears to be no serious challenge to Sawant’s proviso.

Seattle launched its navigation team in July, which includes social workers and police officers that work to remove unauthorized camps and give residents safe alternative housing and access to mental health services.

Since August, the navigation team has intervened with 23 unauthorized camps in the city.