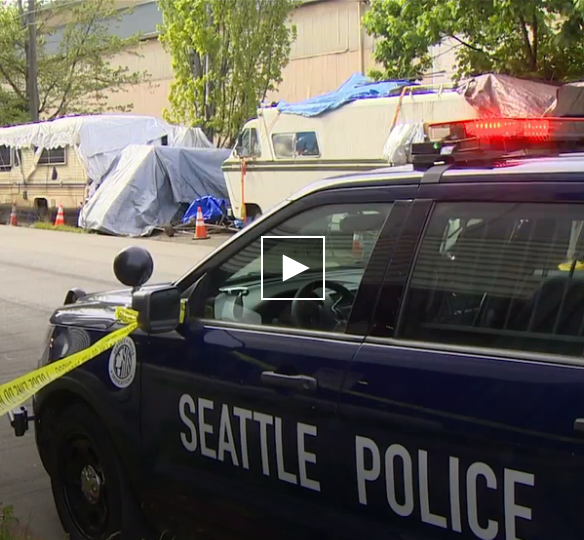 Disturbing, violent crime in and around Seattle’s homeless camps continues to be a growing problem with business owners and neighbors saying they feel under siege.

KOMO News has been asking Mayor Bruce Harrell for his plan to fight the crime he said himself is directly connected to encampments.

The spate of violence has included a brutal stabbing attack in broad daylight; two shootings in as many months at a troubled RV encampment; a disturbing midnight axe attack; and two violent rapes. Those are some recent examples of skyrocketing crime in and around Seattle’s homeless camps over the span of a few weeks.

“We have really scary crimes coming out of the encampments here,” said Erin Goodman, executive director of the SoDo Business Improvement Area, adding that it’s more than petty crime impacting people’s lives and businesses.. “Is everyone who lives there involved in it? No. but the encampments themselves are dangerous.

“We’ve had a number of threats (and) assaults, both on people that work in SoDo, and on people that live in these encampments,” she said. “And that needs to stop.”